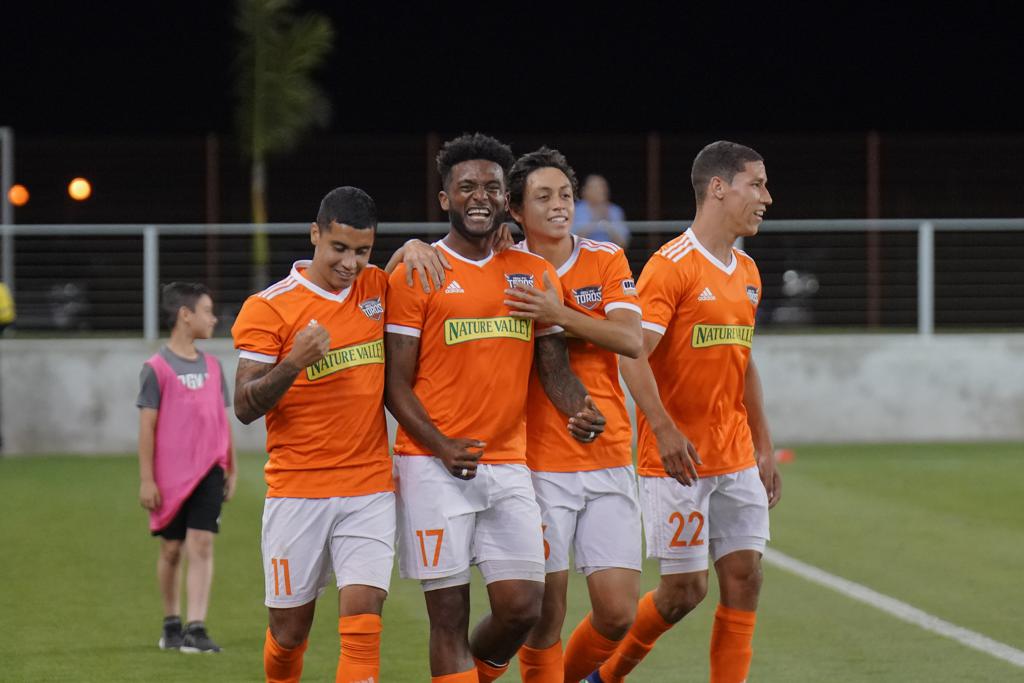 Los Dos kept attacking their final third as they totaled 13 shots. LA Galaxy II managed to get a lead before halftime when Michael Gallagher sent a ball to Diedie Traore where he then took on the Toros defenders taking a left footed shot sending it past Tyler Deric marking the first goal of the match, 0-1. Although Deric gave up one goal at the half, he totaled two saves while Conor Donovan also had four clearances.

RGV FC was a completely different team in the second half. The offensive line created more chances and challenged the keeper. In the 48th minute, Jesus Enriquez took a shot from outside the box but Romero saved it in the bottom right corner. The Toros challenged Romero in the 56th minute when they created a play where Enriquez sent a ball to the right side of the box to Wilmer A. Cabrera. Cabrera drove the ball in and took a left footed shot from the center of the box but was saved.

Four minutes later, Enriquez sent a pass to Small where he took on Los Dos’ defenders and shot but was blocked. In the 67th minute, Brian Iloski took a direct free kick from outside the box but missed to the right side of the goal.

Los Dos grabbed their second goal of the match when Iloski sent a pass to Kai Koreniuk following a fast break. Koreniuk took a left footed tap in sending the ball to the back of the net in the 74th minute, 0-2. The Toros snapped back in the 77th minute when Belizean, Michael Salazar received a ball inside the box from Maalique Foster. Salazar tapped in to the bottom right corner marking the first goal for RGV FC, 1-2.

Salazar did not stop there. Two minutes later, defender Robert Coronado sent a pass inside the box to Salazar. Salazar took a right footed shot to the center of the goal past defending line as he equalized the match, 2-2. The Toros gained confidence and momentum after tying up the match.

In the 83rd minute, the Toros took a corner kick where Enriquez managed to send the ball inside the box through LA Galaxy’s defenders. Small took advantage and sent it to the center of the goal taking the lead, 3-2. Iloski sent a cross following a corner in the 87th minute where Nicholas DePuy was unmarked and headed the ball to the top left corner past Deric, 3-3.

Salazar did not want to go home with an equalizer. In the 91st minute, Conor Donovan sent a pass inside the box managing to get to Salazar. He sent it to the center of the goal getting away past Los Dos’ defenders scoring his hat trick, 4-3.

LA Galaxy II did not want to lose at home to RGV FC. In the 96th minute, Adrian Vera took a shot from outside the box where Deric managed to deflect. As he deflected, Koreniuk sent a shot from up close to the bottom right corner equalizing the match, 4-4.

The Toros ended the night with a total of 12 shots, 10 on target. LA Galaxy II totaled 18 shots and seven on target. Although Salazar was the man of the match tonight, Small totaled six shots and four on target. Off the bench, Salazar took three shots where all there were goals.

RGV FC will continue on their next two games of their three-game road trip. The Toros have moved up on the standings to the 11th spot with 9 points right below Fresno FC, 9 points.