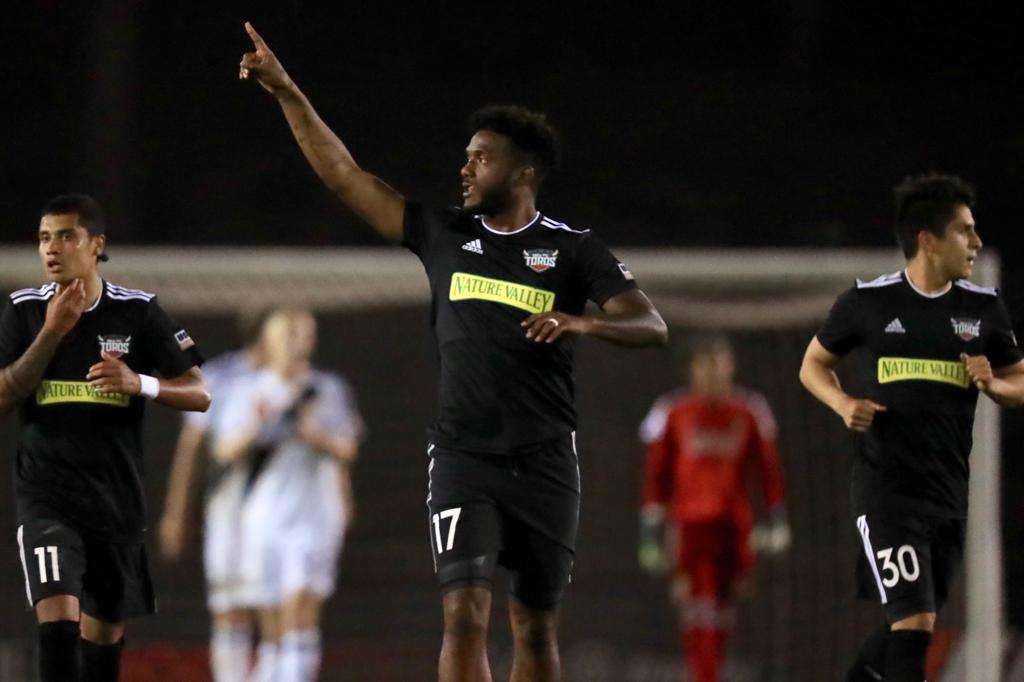 The Belizean notched his first career hat trick and first for the Toros at LA Galaxy II.

TAMPA, Fla. – Rio Grande Valley FC’s Michael Salazar has been named to the USL Championship Team of the Week after his outstanding display for the Toros last Wednesday night against the LA Galaxy II. The Belize international scored the first hat trick in Toros history, and the first of his professional career, after coming on as a second-half substitute in the 4-4 draw between the sides at Dignity Health Sports Park.66

Salazar finished tied for second in the national poll for the Championship’s Player of the Week honor with 26 percent of the vote, coming in just behind New Mexico United’s Kevaughn Frater, who received 42 percent of the poll conducted by a national panel of independent media representing every USL Championship market.

USL Championship Team of the Week

D – Aaron Guillen, North Carolina FC: Guillen put in a stellar performance down the left side, recording two key passes and completing 50 of 59 passes overall while winning 7 of 8 duels against Hartford.

D – Mechack Jerome, El Paso Locomotive FC: Jerome completed 66 of 71 passes, made eight recoveries and won all three of his duels as Locomotive FC earned a 1-0 victory against Reno 1868 FC.

M – Russell Cicerone, Saint Louis FC: Cicerone had one goal and one assist and recorded five shots overall to help power STLFC back to the top of the Eastern Conference with victory against Swope Park.

M – Eryk Williamson, Portland Timbers 2: Williamson led T2’s comeback against New Mexico with two goals and six shots overall as he proved a consistent threat in the attacking third for the visitors.

M – Rodrigo da Costa, Tulsa Roughnecks FC: Da Costa had two goals and one assist as the Roughnecks took four points from two games to move into second place in the Western Conference.

F – Michael Salazar, Rio Grande Valley FC: Salazar notched a hat trick for the Toros in 14 minutes after coming on as a second-half substitute in his side’s 4-4 draw with the LA Galaxy II.

Salazar came back from a season-ending injury last year and has scored four goals in the last six matches with the Toros.

RGV FC plays tonight versus Portland Timbers 2 at Merlo Field. Kickoff is scheduled at 9:00 p.m. CST. and is available on ESPN+. Updates on the match will be provided via Twitter at @RGVFC or by following #SomosToros. To see more matchday information, visit www.rgvfc.com .