MATCH REPORT: TOROS CHOP DOWN TIMBERS 2, UNBEATEN RUN UP TO 5 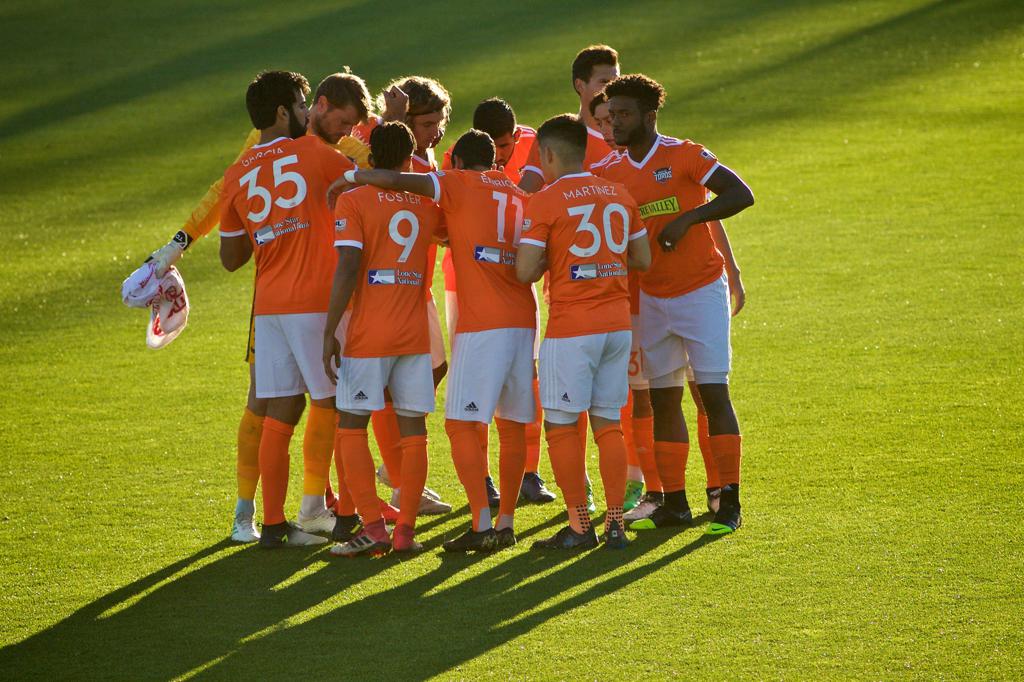 The Toros extend their unbeaten streak to five with tonight’s win. Portland’s four-game streak was broken by RGV FC offense.

RGV FC kicked off the match with a goal from Wilmer A. Cabrera in the 9th minute after a set piece by Isidro Martinez. Martinez took the set piece from outside the box where the ball went past Kevin Garcia. Cabrera turned and took a right footed shot to the top center of the goal, scoring his second career-goal.

Timbers 2 equalized the match in the 71st minute when Eryk Williamson sent a cross following a set piece to the center of the box where Modou Jadama took a right footed shot to the bottom left corner past Tyler Deric. The Toros fought back when Jesus Enriquez drove the ball into the box following a corner. Timbers 2 Max Ornstil blocked the shot from going in but Carlos Small beat him and sent it to the bottom left corner, 2-1. Small’s goal marked his second goal coming off the bench.

Portland had the overall possession, 58.5%-41.5% throughout the match but RGV’s defending line was solid enough to not allow their offensive attackers to get past them. Houston Dynamo loanee, Garcia, was the man of the match on the defensive side with 11 clearances on the night adding two tackles, one block and an 83.3% of duels won.

Maalique Foster was a threat tonight to the Timbers 2. Foster totaled four shots and one on target. One of the key plays Foster had was when he received a through ball and went past Timbers defending line but was fouled. Foster had another attacking chance when Enriquez sent him a through ball and shot but Timbers keeper, Jake Leeker, saved by deflecting it out from the bottom right corner of the goal.

The Toros continue on their three-game road trip as they face Phoenix Rising FC on May 10 at Phoenix Rising Soccer Complex. Kickoff will be at 9:30 p.m. CT. The match will be available on ESPN+ and updates on the match will be provided via Twitter at @RGVFC or by following #SomosToros. To see more matchday information, visit www.rgvfc.com.