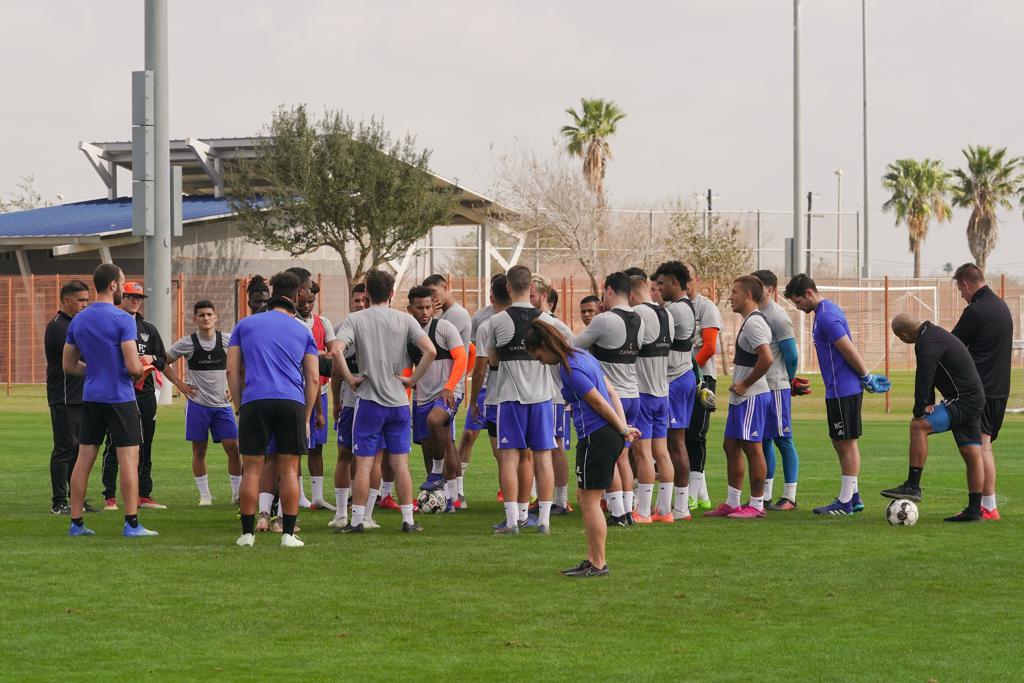 EDINBURG, Texas– Preseason has officially kicked off for the Rio Grande Valley FC Toros as they begin their fifth season in the USL Championship. With Head Coach Gerson Echeverry leading the squad for a third season, have the team’s expectations have been raised for the new campaign?

Certainly, there’s confidence that the Toros are on the right path. If you recall the end of the 2019 season, the club ran off four victories in its last five outings to finish only five points out of the playoff positions in the Western Conference. The players and coaching staff are looking to carry that momentum from the opening kickoff against the LA Galaxy II on Sunday, Match 8 at H-E-B Park (Buy Season Tickets Here).

The first day of preseason, though, was dedicated toward team bonding. Returning players and some new faces had the opportunity to get to know each other and get back to the rhythm of the game. With several additions joining Echeverry’s squad, the Toros used this as an opportunity for both the veterans and the newcomers to create a bond.

ADAMS GETS MLS DEAL: One face that wasn’t in camp on Monday was defender Kyle Adams, who earlier this month signed an MLS contract with the Toros’ partner the Houston Dynamo. The New Zealand center back had impressed over his 52 appearances for the Toros over the past two seasons, and now joins fellow former Toros like Memo Rodriguez and Michael Salazar with the Dynamo in Major League Soccer.

DYNAMO CAMP CALL-UPS: Houston also brought in a few other players from the Toros as it kicked off its preseason, including Brownsville native Isidro Martinez, Nico Lemoine, Taiberson Ruan Menezes and Andrew Samuels, who are all currently training with the Dynamo before the season officially kicks off.

The opportunity could be a great one for Martinez in particular after a stellar 2019 season in the Championship that saw him record eight assists and 68 key passes for the Toros. The 22-year-old will now get the chance to impress the Dynamo’s new coaching staff, led by former United States U-20 National Team Head Coach Tab Ramos.