Toros’ Obregón Jr. Ready to Rise for Club and Country 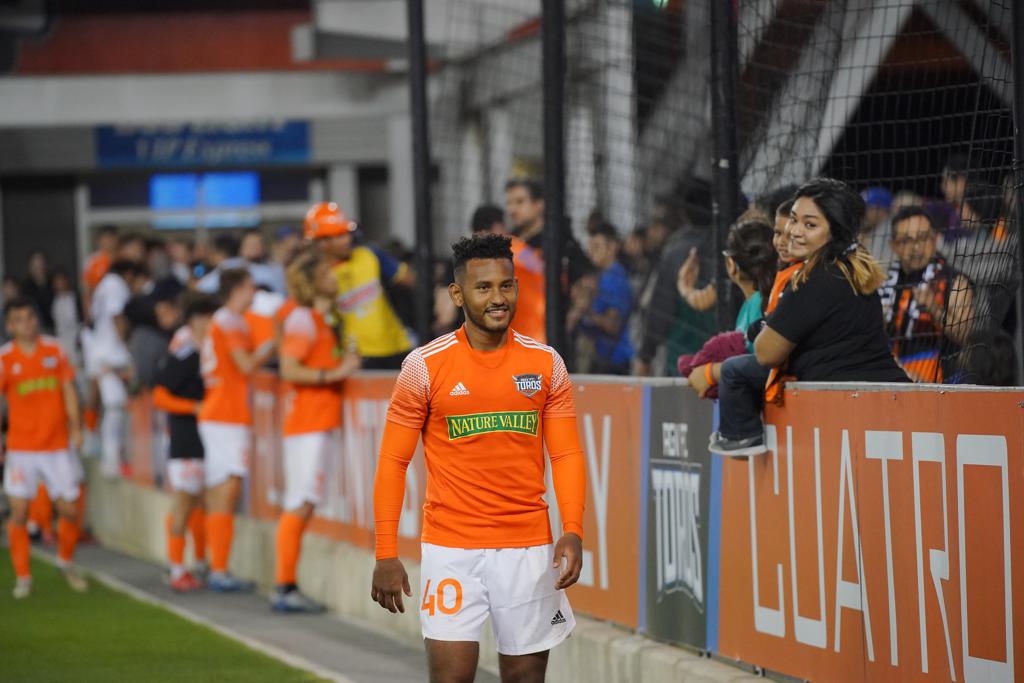 As he arrived in the Rio Grande Valley, Juan Carlos Obregón Jr. made a big impact for the Toros on the pitch. On his debut late last season against Orange County SC, Obregón Jr. scored one minute after he entered off the bench. Although he arrived at the club in late September, Obregón Jr. appeared in four matches, making the biggest impact during his debut.

The 22-year-old is originally from Brooklyn, New York but holds dual-citizenship between his homeland and Honduras. He has competed for Honduran Youth National Teams, having been called-up to the U-20 and most recently to the U-23 squad as it prepared for the 2020 Concacaf Men’s Olympic Qualifiers.

Even though he hadn’t yet made his national team debut, Obregón Jr. had earned his place in the squad for Olympic Qualifying and had traveled to represent his country in Guadalajara, Mexico to open the group stage with a contest against Haiti on March 21. Despite the disappointing circumstances surrounding the tournament’s postponement, Obregón Jr. was delighted to have progressed this far.

Prior to signing with the Toros, JC –  as he is known to most –   spent time with LigaMX’s Necaxa U-20 squad to begin his professional career. He also competed at the collegiate level with Siena, and also brings experience from USL League Two, having competed for New York club F.A. Euro.

All three experiences were distinctive to the USL Championship, giving Obregón Jr. added insight as to how he can succeed for the Toros.

“Playing on different teams in different environments has given me a valuable experience,” he said. “Being in many different situations you’re bound to face adversity and you’ll learn how to handle those situations.”

So, what can he bring to the club? Obregón Jr.’s playing style is versatile, allowing him to adjust to circumstances in different areas of the pitch.

“What has helped me in adjusting to anywhere I go is being open minded to different playing styles, setting goals and being the best teammate possible,” he added.

His open mind and experiences with different teams throughout the years has allowed him to develop his own playing style.

“I would describe myself as a creative all-around team player with a high soccer IQ,” Obregón Jr. said. “I use my knowledge of the game to implement the coaching staff’s playing style at a high level. I always work hard and do the most I can to help the team win. Also very composed on the ball and love to be creative on the offensive third of the field to be able to create goal scoring opportunities for myself and my teammates.”

With a roster composed of players with different backgrounds and different playing skills Obregón Jr. says he feels that he has a lot to offer to the Toros.

“In a team of mostly young players I feel like I can bring a lot to the team,” he said. “As a young player I also have experience, with playing at the National Team level and playing in the LigaMX, I can be a leader on the team and share my experience with them. I’m also a really hard worker, creative and dynamic player who is looking to implement Coach Echeverry and the coaching staff’s style of play to win as many games as possible and give my best performance.”

With his involvement in training, preseason games and the club’s home opener, JC has already developed a connection with the team and fans.

“My experience playing for the Toros has been great,” Obregón Jr. said. “While working with Coach Echeverry, the training staff and my teammates have all made me feel welcomed from the moment I got here. The fans have also shown a great atmosphere at every home game.”