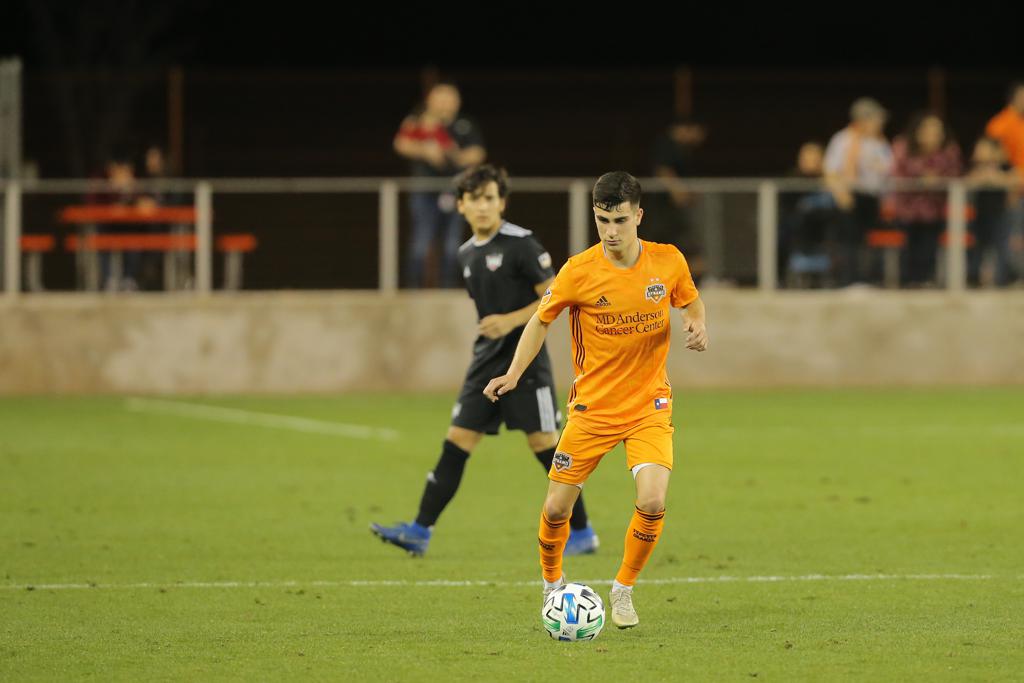 RGV FC is the Dynamo’s hybrid affiliate in the USL Championship, and Lemoine returns to Houston after one season with the Toros. The speedy winger finished with two goals and an assist in his first season as a professional.

"We are pleased to add Nico to our roster as we prepare to re-start our season heading into the Orlando tournament. He is a player who spent the preseason with the First Team and showed he has the ability to effectively create chances in the wide areas of the field,” said Dynamo Senior Vice President and General Manager Matt Jordan. “Nico has worked his way up through our system, and at just 20 years old we look forward to seeing his continued development."

Lemoine was a standout performer for the Dynamo U-19 Academy team. The 20-year-old signed a USL contract with RGV FC on March 8, 2019 and scored his first goal as a professional against the Tulsa Roughnecks on March 29, 2019, his second appearance for the Toros. Lemoine went on to play in 19 games for the South Texas club in 2019.

The 20-year-old is the fourth Dynamo Academy product on the First Team roster, joining defender Erik McCue, midfielder Marcelo Palomino and midfielder Memo Rodriguez. He is the 12th Academy alumnus to sign with the Dynamo First Team.

With the addition of Lemoine, the Dynamo now have 28 players under contract for the 2020 season.

ABOUT THE HOUSTON DYNAMO

The Houston Dynamo are a Major League Soccer club that has won two MLS Cup championships, one Lamar Hunt U.S. Open Cup and four conference championships in its first 14 seasons and has qualified to represent the United States in international competition seven times. The Dynamo have advanced to the Conference Championship series seven times in 14 years, the most of any Major League Soccer team since 2006; and the club’s four appearances in the MLS Cup Final are tied for the most in the league during that time span. The team trains on the Memorial Hermann Championship Field at Houston Sports Park (HSP), the premier training facility in Southeast Texas, and plays at BBVA Stadium in downtown Houston. For more information, log on to www.HoustonDynamo.com or call (713) 276-7500.