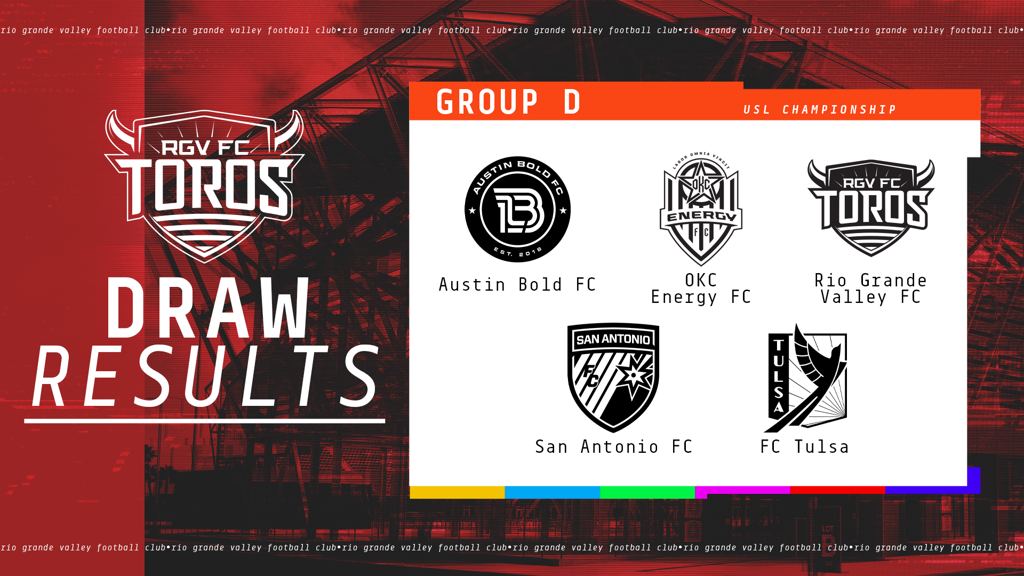 EDINBURG, Texas (June 25, 2020) –Rio Grande Valley FC was placed in Group D along with Austin Bold FC, San Antonio FC, OKC Energy FC and FC Tulsa on Thursday as the USL Championship announced the Western Conference alignment for the resumption of the 2020 season.

“This is a very tough group with very good teams, regional rivalries and tough home field advantages,” RGV FC head coach Gerson Echeverry said. “Every point will count and we need to be ready for some fierce battles in a short amount of time.”

A full schedule with dates and kickoff times will be announced in the coming days.

Earlier this week the USL Championship announced the competition structure as teams return to play following the season suspension caused by the COVID-19 pandemic.

Each team’s schedule will be made up of 12 games from within its own group, with the remaining four games to be played against teams that fall within a similar geographic region. As Group D is composed of five teams, the Toros will play their four fellow group members three times.

To limit travel, the regular season will consist of a 16-game schedule. Games played prior to the suspension of the season will count toward the allotment of 16 overall games, either as in-group contests or as one of the additional four contests that will complete the schedule.

Teams will be initially scheduled to play a balanced schedule of eight games home and away in the regular season. However, the Board of Governors has also approved the ability for clubs to play an unbalanced amount of home and away matches, depending if clubs are experiencing COVID-19 impacts in their respective community.