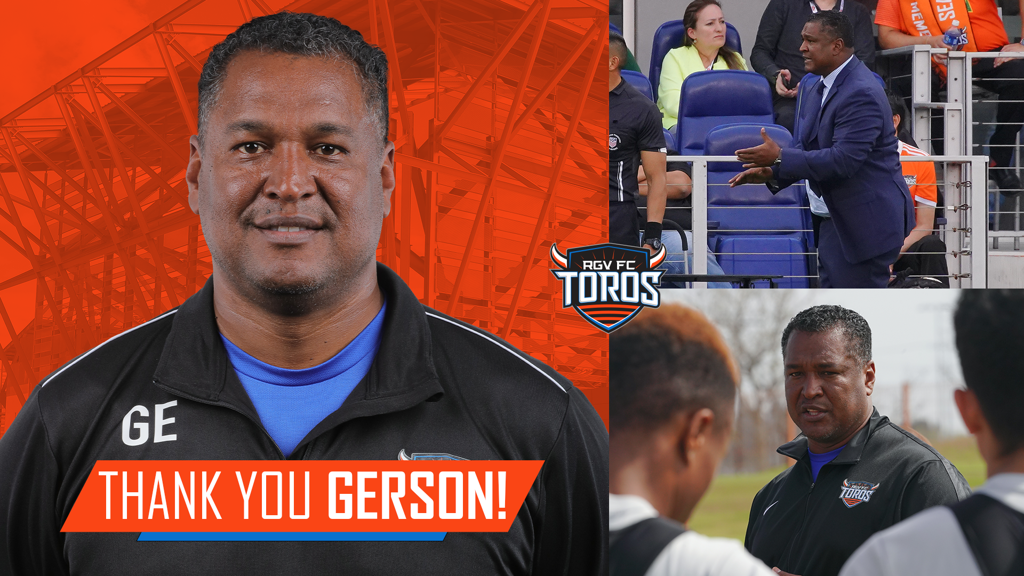 HOUSTON (Friday, Nov. 6, 2020) – The Houston Dynamo announced today that the club will not be renewing the contract of head coach Gerson Echeverry with RGVFC for the 2021 season.

“We’d like to sincerely thank Gerson for the role he played in the development process of our young players during his time at the club and we wish him all the best moving forward,” said Dynamo Senior Vice President and General Manager, Matt Jordan.

Echeverry joined Rio Grande Valley on Dec. 6, 2017 as the club’s third head coach in franchise history. The Paterson, NJ native joined the South Texas club after serving as the head coach at Seton Hall University from 2012-2017.

The Dynamo enter their sixth year of a multi-year agreement with RGV FC in 2021. The club has begun the search for the next head coach prior to the beginning of the 2021 USL Championship season.