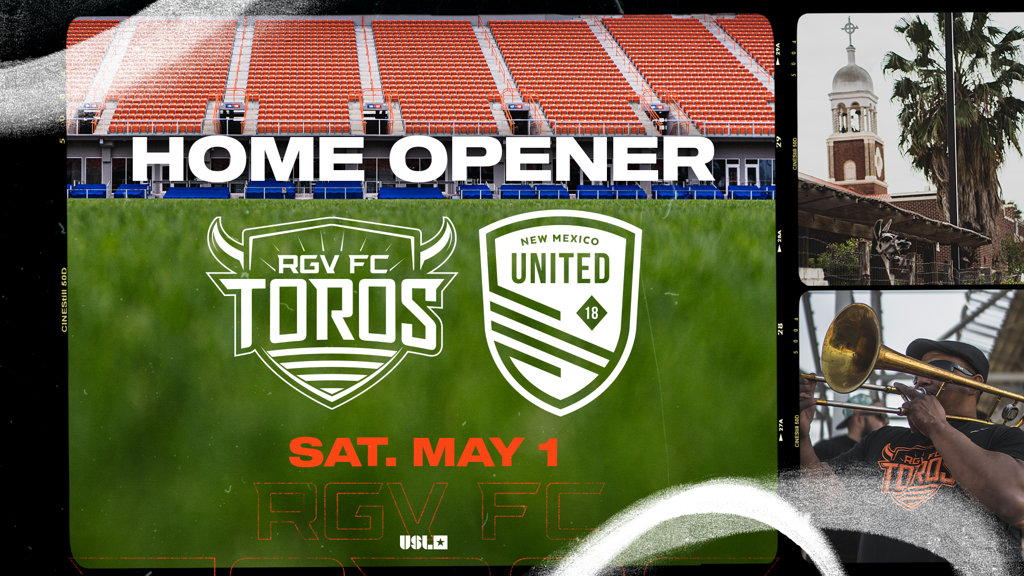 EDINBURG, Texas (Tuesday, Mar. 23, 2021) – Rio Grande Valley FC announced today its 2021 USL Championship home opener. The Toros’ sixth season is set to kick off on Saturday, May 1 when the club welcomes New Mexico United to H-E-B Park to kick off the new campaign.

As it returns to action, and with an abundance of caution due to the remaining presence of COVID-19 in the RGV community, the Toros will welcome up to 3,000 fans for their opening game at H-E-B Park.

The Toros will kick off their sixth season in the USL Championship with the return of the club’s first-ever head coach, Wilmer Cabrera, as he takes the reigns as Head Coach and Sporting Director for the 2021 campaign. Cabrera’s return to the club also marks a new era in which the Toros will control all aspects of its organization, on and off the field, while maintaining the club’s partnership with Houston Dynamo FC.

The complete 2021 regular-season schedule, national and local television schedule will be available in the coming weeks.