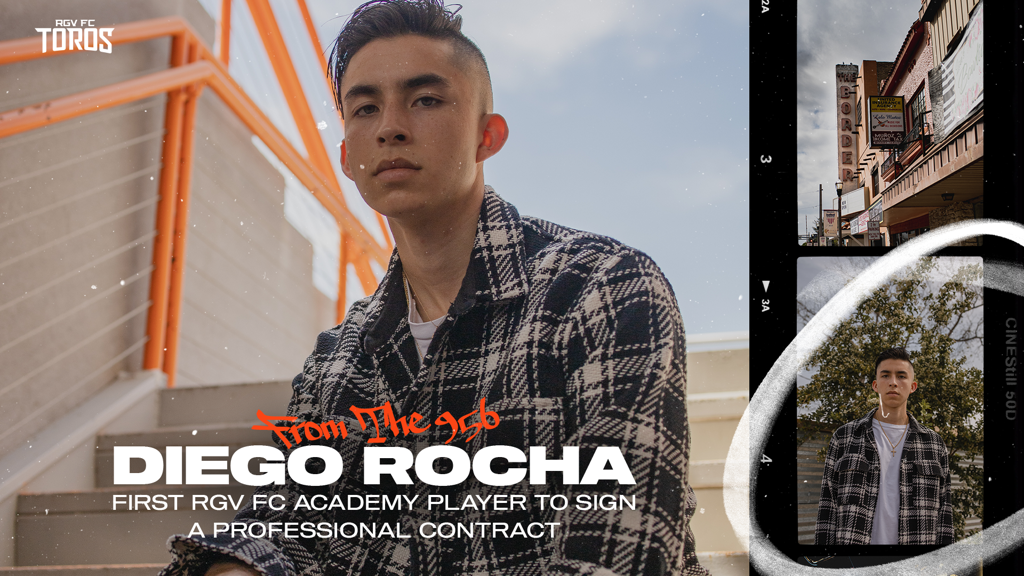 EDINBURG, Texas (Wednesday, Mar. 31, 2021) – Rio Grande Valley FC celebrated a landmark moment today as it announced the signing of former RGV FC Academy defender Diego Rocha to his first professional contract with the club. Rocha is the first player to graduate from the RGV FC Academy and sign with the Toros to begin his professional career.

“We are very excited to sign Diego Rocha as our first professional player from the RGV FC Toros Academy. It is a very significant and historic moment for The Valley,” said Wilmer Cabrera, Toros Head Coach and Sporting Director. “We hope that he can carry the [crest] and responsibility to open the path for more academy players from the 956 to play for the only professional team in this region. We are Toros.”

Rocha will enter his second season overall with the Toros after making three appearances during the 2020 USL Championship season as a USL Academy signing.  The 19-year-old made one start and notched three clearances, one block and one interception in just over 100 minutes of action. In addition, Rocha was able to connect 14 out of 20 passes.

“I’m very thankful to God, first of all, and with the club and coaching staff for believing in me. I feel very happy to have signed my first professional contract and for it to be in the Valley is an even bigger excitement and blessing,” said Rocha. “I’m honored and privileged to be the first one and I’ll do my best to pave the way for the academy and younger generation from Laredo to the Valley. Hopefully the players from the academy and from the valley see that it is possible.”