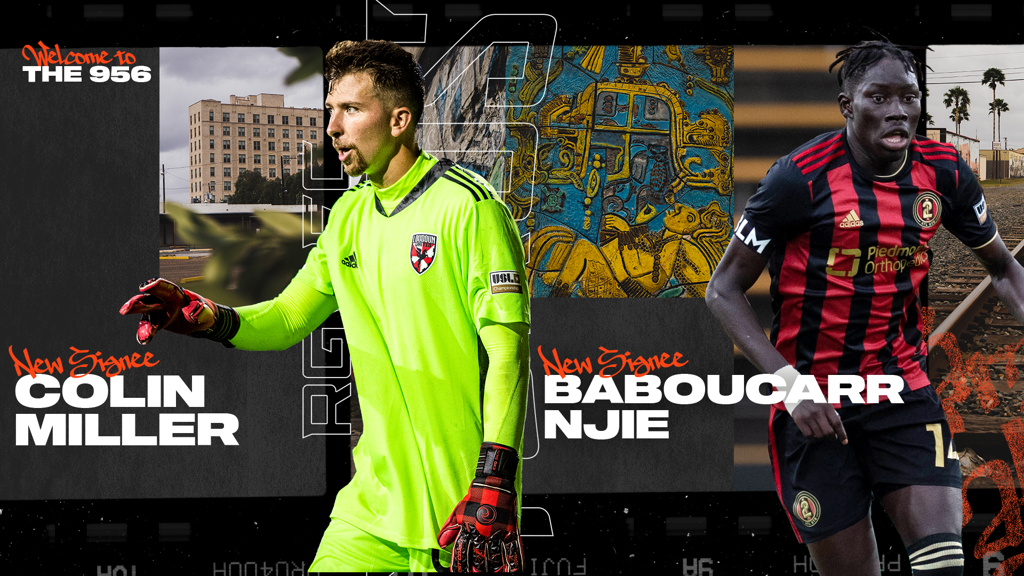 Njie (pronunciation: BAH-boo-CAR, JAI) previously competed in the Championship for Atlanta United 2 during the 2020 campaign. During his time with Atlanta, Njie made 11 appearances, seven starts, and recorded six clearances and 12 interceptions. The 25-year-old posted a 79.9 percent passing accuracy rate and had seven key passes during the campaign.

Prior to the start of his professional career in Atlanta, Njie competed at North Carolina Wesleyan College for three seasons (2016-19). In 2018 he played for North Carolina FC U-23 in USL League Two before returning to Wesleyan for his Junior year. During his stint at Wesleyan, Njie made 57 appearances and tallied 34 goals and 19 assists.

In 2019, the Gambia native was named USA South Player of the Year, First Team All-Conference and was selected as a DIII First Team All-American after scoring 15 goals and recording seven assists that led Wesleyan to the East Division Title with a 12-1 conference record.

“Babu [Njie] is a great addition to the Toros with his physical attributes and qualities to win the ball,” said Wilmer Cabrera, Toros Head Coach and Sporting Director. “We feel confident that in the middle of the field he will bring a lot of confidence and competitiveness.”

Miller joins RGV FC from Loudoun United FC after spending two seasons with the Championship club. In 2020, Miller made seven starts while recording the only clean sheet for Loudoun United and 28 saves overall. In addition, he saved two penalty kicks and had a 65.1 save percentage.

After an excellent double-save against New York Red Bulls II on Aug. 29, 2020, Miller claimed the Championship Fans’ Choice Save of the Month award. The 24-year-old had previously made three appearances and two starts for Loudoun during the 2019 campaign where he made 14 saves and posted a 77.8 save percentage.

Prior to Loudoun United, Miller spent four years (2014-18) at Providence College while recording 182 saves, with a career goals-against average of 0.97 in 53 appearances. Miller recorded 22 clean sheets and had a 78.8 save percentage for his career.

“Colin has proved his qualities and talent as a goalkeeper in the USL,” said Cabrera. “We are sure he will bring tough competition for the position internally and that will raise the level for the team.”