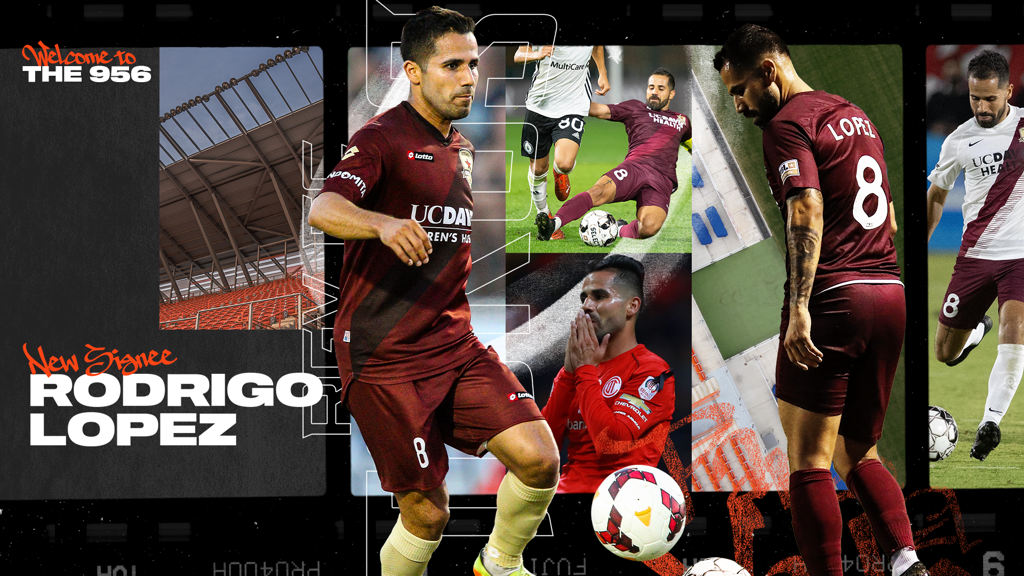 “Rodrigo Lopez is a great addition to the club” said Wilmer Cabrera, Toros Head Coach and Sporting Director. “His leadership, mentality and outstanding quality as a player will give Toros the opportunity to find the ideal playmaker and partner for his teammates.”

López joins RGV FC after most recently competing for fellow USL Championship club Sacramento Republic FC. The 32-year-old appeared in 14 games during the 2020 season, starting in 11 while logging 948 minutes of action. López notched a goal and dished out three assists and 26 key passes, good for second on the team. Lopez also recorded an 84.2 passing accuracy rate while leading the team with a rate of 62 passes per 90 minutes in the center of midfield.

“I am honored to be part of the RGV FC Toros Family. I can truly identify myself with the people in the Valley,” said Lopez. “I am committed to this club and city, as I want to help RGV FC Toros be a top franchise in the USL.”

The first-ever signing in Republic FC’s history prior to the club’s arrival in the Championship for the 2014 season, López was key to the club’s victory in the 2014 USL Championship Final where he was named Most Valuable Player. He subsequently went on to compete for Celaya FC in México’s Ascenso MX before joining historic Liga MX club Deportivo Toluca on loan in 2018. At Toluca, Lopez made 12 appearances and recorded one assist in México’s top flight.

López began his path to the professional ranks in the Chivas de Guadalajara youth system in 2003 before signing his first professional contract with Chivas USA of Major League Soccer in 2005. During the 2008 season, López competed for both USL League Two side Ventura County Fusion and both Cuervos Negros de Zapotlanejo and Querétaro FC in his home country, but in 2009 he returned to Ventura County and led the Fusion to the USL League Two title.

Later that year, López signed with the Portland Timbers, then in the USL First Division, and remained with the club as it joined Major League Soccer in 2011. In 2012, Lopez competed for the USL Championship’s Orlando City SC and then in 2013 finished second in the league with 11 assists while competing for Orange County SC before signing with Sacramento.

With the addition of López, the Toros now have a total of 19 rostered players.