Pimentel to debut in the U.S. as he joins RGV FC’s backline 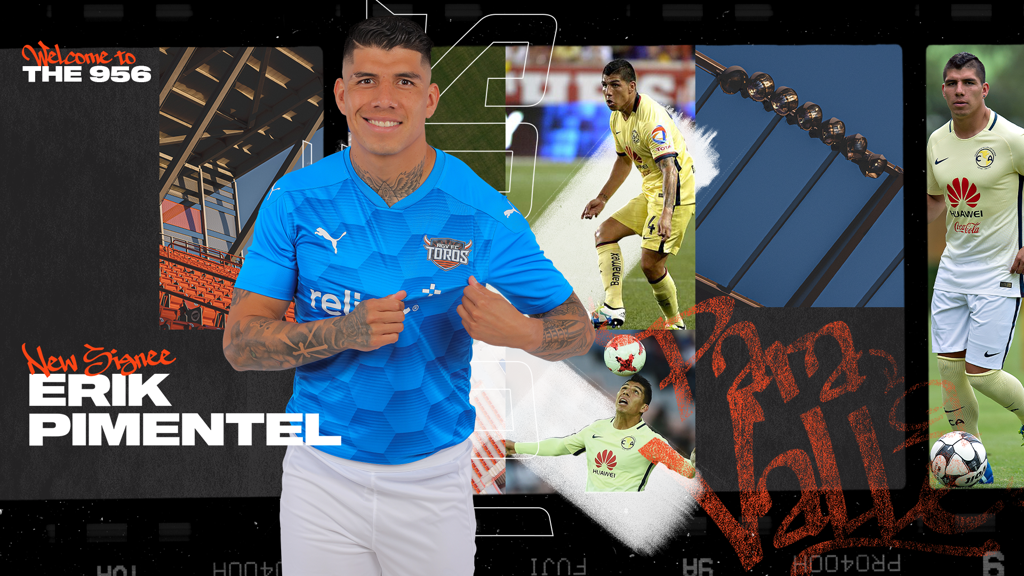 “Erik is a great and important addition to our club. His leadership, talent and experience will be a key role for us on and off the field,” said Wilmer Cabrera, Toros Head Coach and Sporting Director. “He is a fantastic professional and was very motivated to be part of this project with the Toros and that is a plus.”

Pimentel joins RGV FC with a wealth of experience from his time at Club América. The 30-year-old made 82 appearances for the club while recording two goals and one assist, scoring his first goal in win against C.F. Monterrey on Mar. 2, 2014. Pimentel also found the net during the group stage of Copa MX on Aug. 15, 2012 against Correcaminos de la UAT.

“For me, arriving at this great institution such as Toros, it makes me feel very excited and committed,” said Pimentel. “I come with all the desire to succeed collectively and individually, setting goals how it is to be champions.”

More recently, Pimentel competed for Correcaminos de la UAT from Liga Expansión MX during the 2020-21 campaign. The defender made 10 appearances and recorded 866 minutes of action. Prior to Correcaminos, Pimentel spent two seasons in Guatemala with Deportivo Mixco from the Liga Nacional Apertura, making 18 appearances with the club.

Prior to moving to Guatemala, the center-back made 18 appearances in Liga MX between 2017 and 2019 with Puebla FC.

With the addition of Pimentel, the Toros now have a total of 20 rostered players.