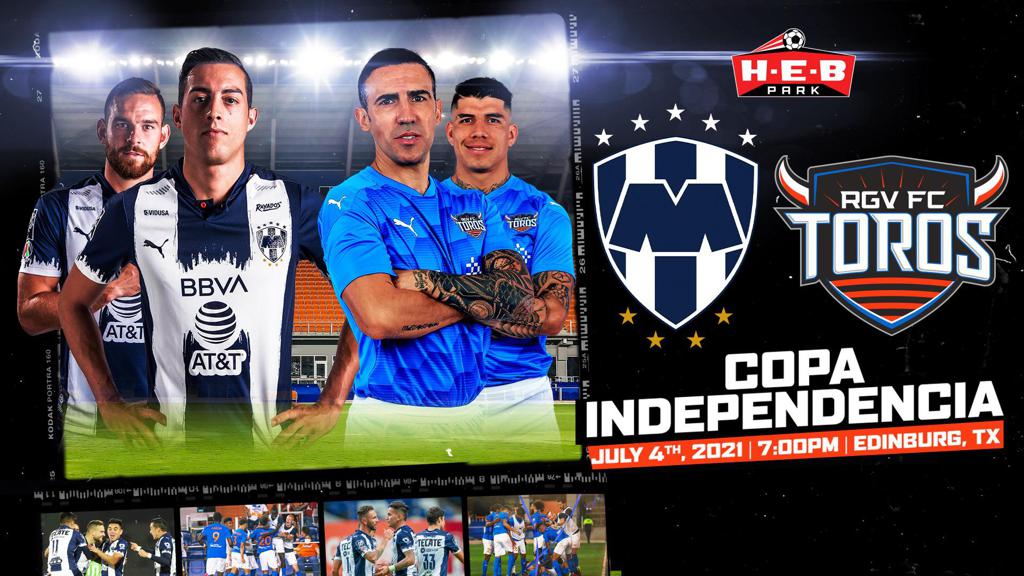 The Copa Independencia will be hosted annually at H-E-B Park. For the inaugural Copa, RGV FC invited Rayados de Monterrey, a Liga MX powerhouse with a huge following in the Rio Grande Valley. This game will mark the second time in history the Toros face Rayados and the club will arrive in Texas with new Head Coach Javier Aguirre, and a renewed roster.

“We are excited to play against Rayados de Monterrey, which is one of the biggest and popular clubs in Mexico and Latin America. We hope to create a very good and competitive game for a Fourth of July celebration here at The Valley,” said Wilmer Cabrera, Toros Head Coach and Sporting Director. “We hope to see all soccer fans at H-E-B Park for a great day!”

Rayados was the first official visiting side at H-E-B Park when Rio Grande Valley FC opened its stadium on March 22, 2017, when Monterrey took a 3-0 victory before a sellout crowd. The Toros now feature a handful of players with past Liga MX experience, including defender Erik Pimentel, midfielder Rodrigo Lopez and forward Vicente Sanchez that have all helped the side to a strong start to the 2021 USL Championship season.

Tickets will start at $35 and go on sale on Friday, May 21 at 10 a.m. CST and can be purchased at H-E-B Park Box Office and ticketon.com. For more information, please follow RGV FC and H-E-B Park on social media.

Media who would like to apply for a credential, please visit www.rgvfc.com.