English defender ready to make his debut in the United States 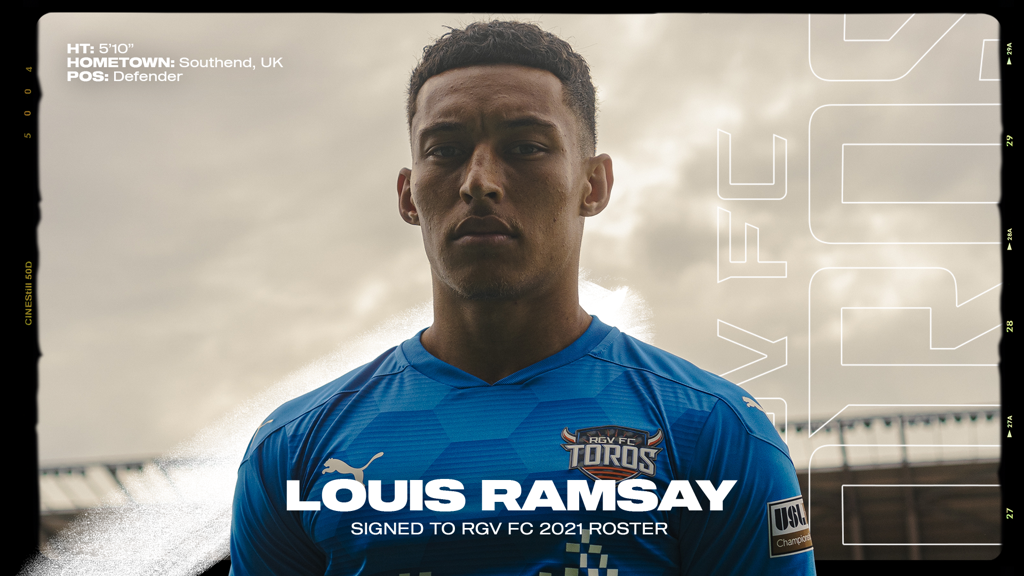 “Louis is a very strong, powerful and talented right back who will help us to get stronger in defense and attacking wide,” said Wilmer Cabrera, Toros Head Coach and Sporting Director.

Ramsay most recently played for Billericay Town FC in the National League South in England during the 2019-20 campaign. Previously in 2018-19, Ramsay appeared in eight games for Leicester City’s U-23 squad in the Premier League 2. The English native collected an assist in a total of 409 minutes of play, and also made two starts in the EFL Trophy, recording 138 minutes of action.

A product of Premier League club Norwich City FC’s Academy, Ramsay saw his first action with Norwich City FC U-23s in the Premier League 2 in 2014, where he appeared in 10 games during the season. He continued to compete for the side throughout the next three seasons, and in the 2016-17 campaign, Ramsay started in 17 league games and also competed in the EFL Trophy where he started in all four games of the group stage to help the team advance to the knockout rounds.

Ramsay’s first professional goal came during the 2015-16 season where he scored during the FA Youth Cup in 5-4 win over Middlesbrough FC U-18 in the Fifth Round of the tournament.

While at Norwich, Ramsay went on loan with Woking FC in the National League where he made 28 starts out of 30 appearances during the 2017-18 season, totaling two assists. While at Woking, Ramsay also helped the club qualify for the main draw of the F.A. Cup, where the side reached the Second Round and earned a 1-1 draw with EFL League One side Peterborough United before being eliminated in a replay.