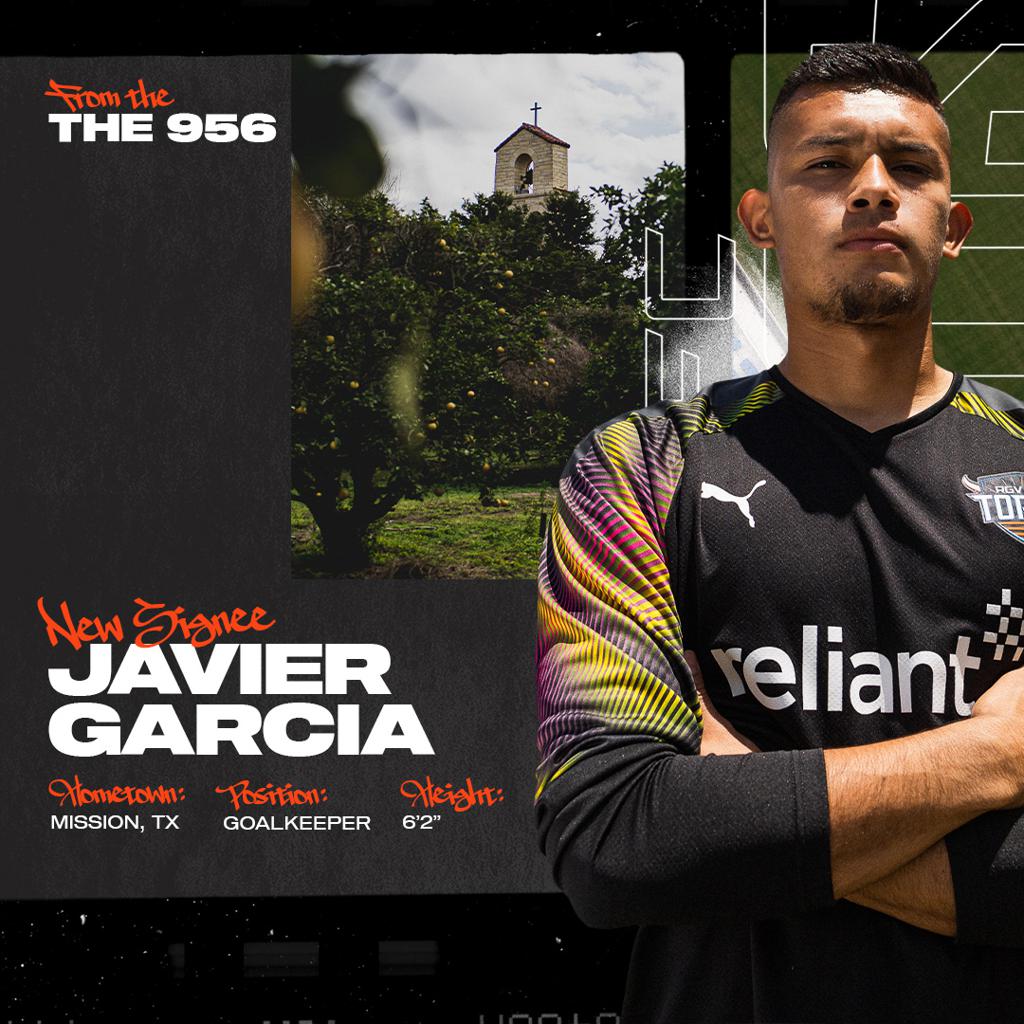 Garcia (6-2, 175 lbs.) most recently dressed for the University of Texas-Rio Grande Valley but did not see minutes in the 2021 season. Prior to UTRGV, Garcia played at the RGV Toros Academy for three years dating back to 2017. The Mission native started his soccer career at RGV FC Toros Academy in 2016.

“We are pleased to sign Javier Garcia as part of our roster and GKs’ pool for the Toros,” said Wilmer Cabrera, RGV FC Head Coach and Sporting Director. “He has been working with us and he earned the spot with the team with his skills, mentality and commitment.”